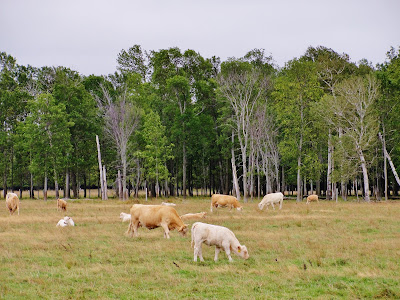 After a typically long absence, I decided to make a blog appearance, and as is becoming my habit, it will mainly be in photos. Starting with cows against woodlot, because I love seeing cows in treed areas. We stopped by the roadside so I could snap quite a few pics from the truck window.

The next is a rare glimpse of the back of the back yard, featuring the compost area. I don't take many photos of the compost area. Baby girl is hauling some weeds...worth capturing on camera, because I haven't been around much weed-hauling this season. Kinda let the gardens go...we're moving, after all. Ok, so I've kind of let it go since 2007, after a car accident that left us a little achey all summer. We're fine now, but the gardens are still suffering. Geoff and the kids did a big weed-fest recently, in time for hosting my mom's 60th birthday gathering. 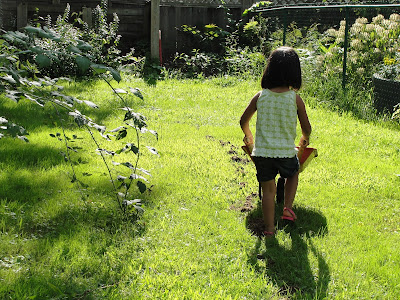 We have managed quite a few single nights at the trailer this season. Really wish we had been able to do a few more two-nighters, but we've had something going on most Sundays, and have been heading home Saturday evening. With beautiful weather it was hard to stay home this weekend (I even packed for the kids), but I had to agree with Geoff that our garage (aka, storage warehouse) is unlikely to magically sort, purge, and pack itself. When we have been at the trailer, there have been plenty of scenes like this: 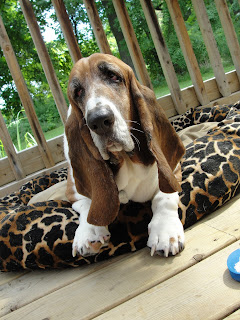 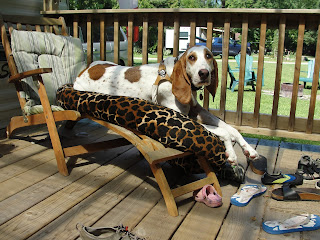 I am having a hard time coming to terms with the fact that it was already one week ago that we left for our Labour Day getaway with friends, and that this time away, which was thirstily anticipated all summer, has passed. It was great...just not long enough. We have not taken any time off this year, due to the moving situation, so my main "vacation" will be unpacking and setting up the new house (which will be fun in some ways...and...yeah). I'm just going to stare at these pictures of The Falcon (our '69 trailer that has been enjoyed by us since 2007 - definitely got our money's worth) in just about the most idyllic camp site ever (on our friend's parents' property), until I believe I am actually there... 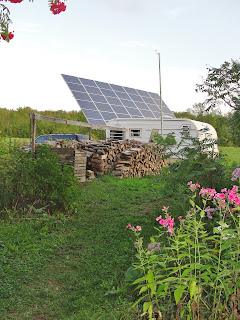 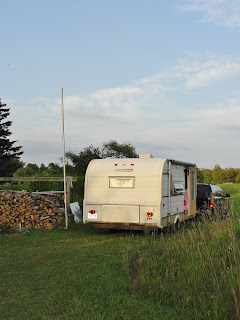 The kids did fantastically on the two-hour 'serious business' trail we do every year at Georgian Bay...Baby boy (he's 5 now! Wow!) hitched a ride right at the very end. Big brother managed on foot the whole time. Baby girl actually did the whole thing, too, until the last few minutes, impressing some rock climbers who were awed by her scrambling skills. 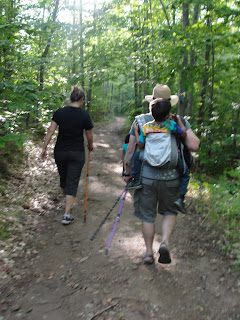 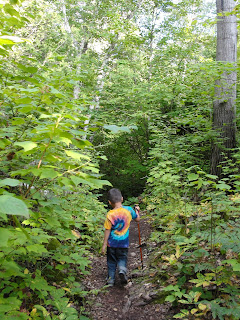 The kids had an extended play-time at the town beach, while Geoff joined some locals on his trumpet at the park. On Day 1, the swim was unplanned, and it was windy and chilly...hence the new tie-dyed t-shirts I nabbed from a Farmer's Market vendor right at closing to keep them a bit warmer on the walk home. 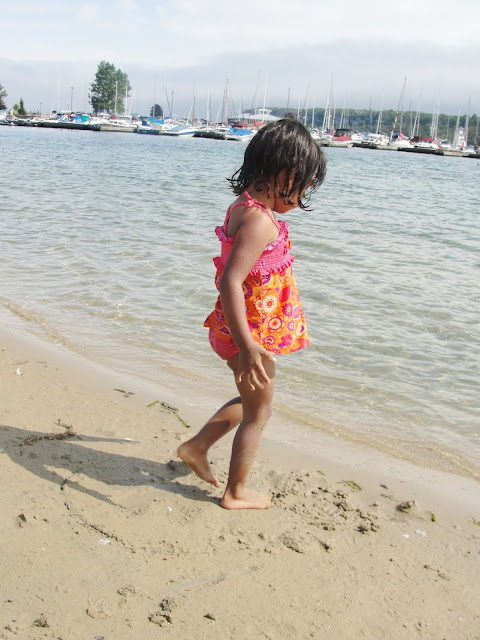 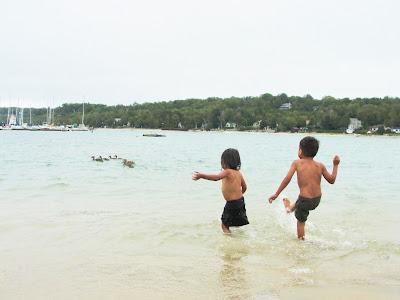