After 3.5 years since officially starting the adoption process, and a myriad of unexpected roller-coaster twists and turns, I am delighted to “introduce” our soon-to-be family of five! 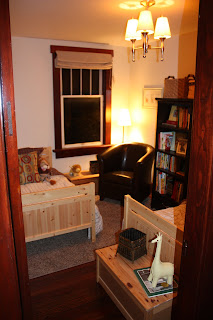 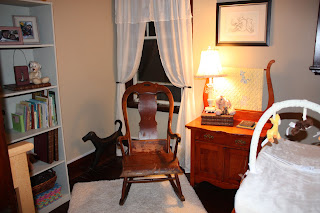 I’m actually typing on borrowed time, here, as we are in the midst of final packing and preparations, hoping to leave within the next couple of hours to spend nearly two weeks in a cottage with the children, in their area.

After stalling on updating our homestudy and dossier for Ethiopia, concerned about a very long wait for siblings, and reflecting on our adoption “philosophy” in regard to our personal situation, we thought it was time to explore public domestic adoption.

To summarize, we had a couple of other bumps and changes of course traveling this new path, and at the same time experienced an amazing sense of movement and opportunity (and ability to be active in the process) that had not been present while waiting and responding to system changes in international adoption.

I think in part because of all the dead ends and closed doors, I haven’t really posted about our public adoption decision, not knowing where it would lead. Currently, I am still working on believing that this is actually happening, and that in two weeks the hope and goal is to sign placement paperwork!

We have had to hold our breath a few times along the way to the three lovely children we have been getting to know over the past 6 weeks. We attended a provincial event in spring and fall 2010, where public child protection agencies from around the province can come and present children available for adoption. At the fall event, we couldn’t help noticing a sibling group of two toddler boys, and a baby girl – the only children presented by that particular agency. After reviewing the brief profile available at the event, and watching a little video, we opted to formally “express interest” and see whether the children’s agency contacted our agency to obtain a copy of our homestudy for review.

Sure enough, the homestudy was requested, we were given more information, and the mutual decision-making process continued over the next nearly 6 weeks, until just before Christmas. At this point, we completed a final interview, and were sadly informed that the only other family still being considered had been selected.

Sorely disappointed, we turned our focus toward working exclusively with our local agency over the next while, as our worker was optimistic we would be matched quickly. Within three weeks after being officially added to the matching pool, we had a call. We spent another three weeks having meetings and gathering information, and decided not to proceed with this match. We were a bit concerned that we would end up turning down all sorts of matches, knowing that the three we had been considered for in the fall had “spoiled” us in terms of what we were hoping for.

After declining the local match, and being told about some other sibling groups of 3-4 children (which was very exciting to me – I have always secretly, and maybe not-so-secretly, had fleeting thoughts of a larger sibling group, all at once), we were informed that the agency for the children we had wanted to adopt in the fall had been in touch with our local agency, to find out if we were still available. We were asked if we wanted to find out more – and, well, YES, we did!

After another round of information-sharing and gathering, we had another interview, and were again absolutely wanting to be selected. Five very long days after the interview, we got the call! The next day, hardly believing what was happening, we hit the road to spent the weekend in the children’s area, to meet them and confirm our decision.

And it’s been a whirlwind of activity since then (I will not even try to describe the magnitude of the preparations – but there has been no rest for the weary around here lately). We have spent three more weekends, during two of which the children stayed in a hotel with us the whole time. I was away at a conference another weekend, and so we have had just the two past weekends to scramble, getting the house prepared at least in a basic way, and trying to grasp our new reality!

In nearly two weeks, we plan to head home, and the children with come with their current caregivers. The children will stay with us over the weekend, while the caregivers stay in the area. And…depending on how things have gone to date, we may have placement at the end of the month. Wow.

No time to get into all the thoughts and questions bubbling away. I’ve felt too busy to savour this time of transition, and we are just diving right in. One benefit of the busyness lately, is that we are both looking forward to starting this new family life, and moving on.

Oh, just a tiny bit about the kids (this likely won’t be the place for sharing too many details):

Our boys are toddlers:

The eldest is funny, imaginative, intense in both joyful and not-so-joyful emotion. Protective of his siblings, and loyal to the only family he has ever known (yet able to dive in and enjoy his time with us so far).

The little guy loves to imitate his brother, and is generally a pretty laid back, “go with the flow” kind of kid. A bit quieter socially, but busy, busy, busy climbing and inquiring about the world around him. Had a nurturing side, and enjoys being carried and held on your lap.

Baby sister is 1. She has a ready smile and uses her few words freely. Very curious and active, but open to lots of holding as well. Oh…and she growls…which is just about the best baby feature ever, don’t you think?

And that’s the story.

And now I really need to finish packing...

I think I've previously written about how, when I have lots going on, and lots on my mind, I find it harder to come up with blog posts (despite the massive quantity of information being processed, which would likely make decent writing material).

So, yep, we've had lots going on. And it's time to write about it...almost. But right now, I'm just about finished lunch, and have a chaotic house to organize in the next two days...so I'll try to process some thoughts into written form in the next day or two for you...stay tuned :)
Posted by Joy at 14:50 1 comment: